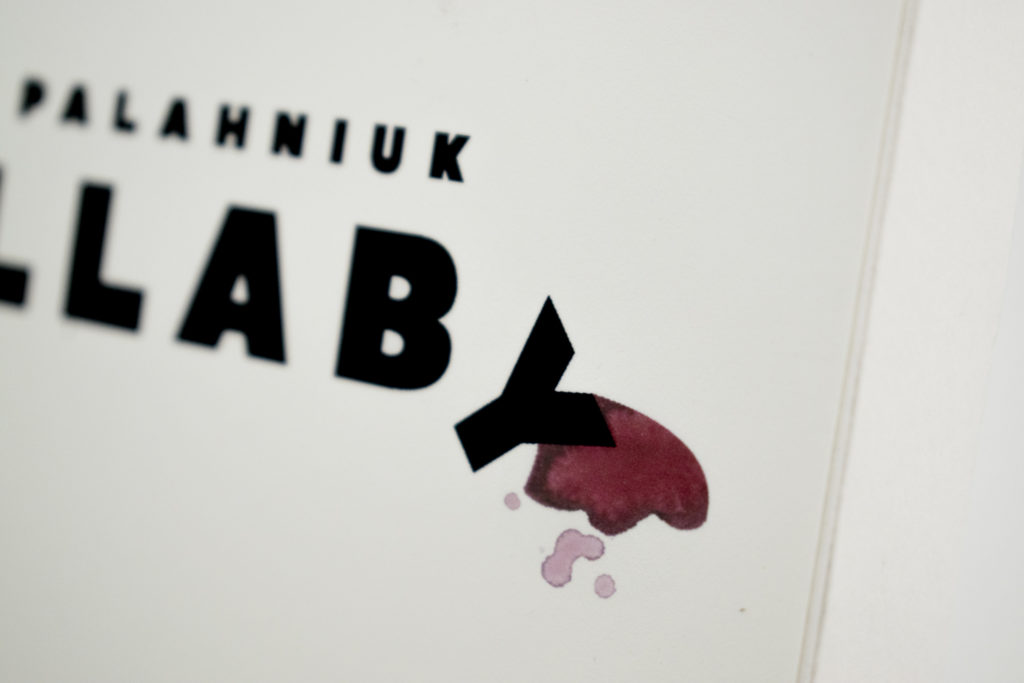 Lullaby is the story of Carl Streator, a newspaper reporter who has been assigned to write articles on a series of cases of sudden infant death syndrome, from which his own child had died. Carl discovers that his wife and child had died immediately after he read them a “culling song.” As Carl learns, the culling song has the power to kill anyone it is spoken to. For the cover of this book, I wanted to depict the abrupt nature of how the characters in this story drop dead through the typography of the title and depicting gore through watercolor.